There’s a line in Baz Luhrmann’s spoken-word song “Everybody’s Free (To Wear Sunscreen)” in which he advises, “Do not read beauty magazines, they will only make you feel ugly.” Though the beauty industry has become more inclusive since the song’s late-1990s release, the words ring very true in a world where retouched images are the norm on social media. Whether we like to admit it or not, comparison continues to be a dangerous game — and it’s entirely ubiquitous now, when everyone has easy access to digital tools that enhance their features.

In recent weeks, AI portraits from the app Lensa have taken this to another level. It’s become trendy to publicly post the dreamy “magic avatar” portraits, which often dramatically alter a person’s facial structure, skin tone, and body shape. But some women are speaking out: there have been complaints of skin lightening and waist thinning, and many say the technology is oversexualizing their looks, sometimes to the detriment of their own body image.

LeeNor Dikel was one of several women who told POPSUGAR they saw breast enlargement in their photos. She sees these portraits and other Instagram or TikTok filters as plain evidence that society has to expand its narrow definition of beauty.

“It’s an issue that rather than displaying your true proportions in the portraits, AI, for some reason, calculated that a portrait optimized for beauty would include a large bust, accurate or not,” Dikel says. 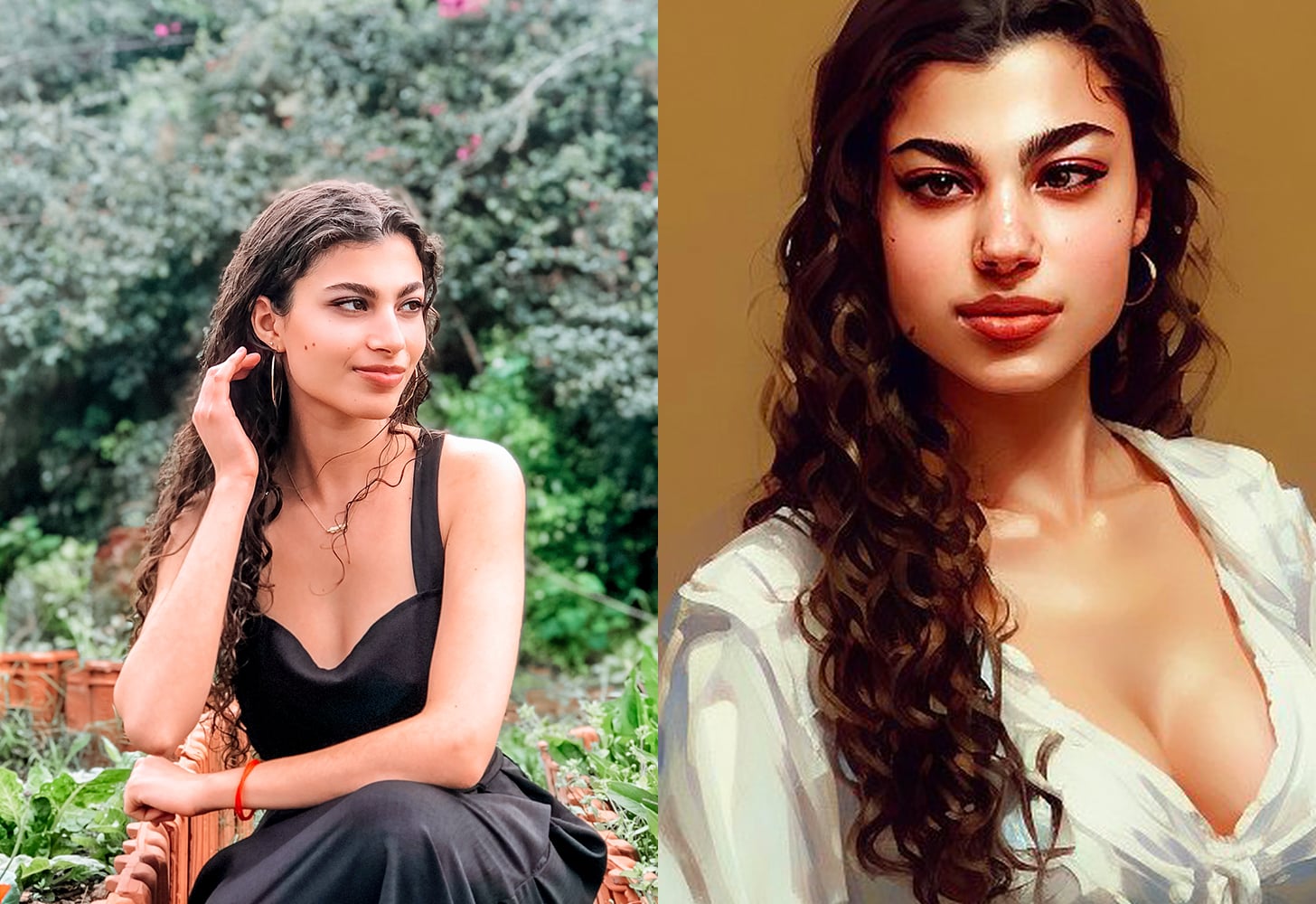 Lensa launched in 2018 but only released its magic-avatars feature in late November. Prisma Labs, Lensa’s owner, bills Lensa as a retouching application. Its informational page states, “Perfect the facial imperfections with tons of cool tools.” An example photo shows options for teeth whitening, lip color, eye contrast, and more. Its App Store description uses the word “annoying” to describe features such as bumps and lines and equates smooth skin with looking perfect.

When it comes to the magic avatars, users can, for a small fee, upload 10 to 20 photos of themselves and get 50 avatar portraits back, all in different artistic styles. The technology operates based on “an open-source neural network model called Stable Diffusion,” according to an FAQ page. The company notes that any oversexualization “reflects the biases humans incorporate into the images they produce” and that “occasional sexualization is observed across all gender categories, although in different ways.”

Prisma Labs has not responded to POPSUGAR’s request for comment.

The Issue of Sexualization in Art

Oversexualized AI portraits aren’t an isolated incident for Robin Salvador. She first experienced this after commissioning an AI portrait artist for her wedding photos. The end result left her feeling objectified, she says. “Unfortunately, this is not an isolated incident. Many other women have spoken about similar experiences on social media, describing how they have been filtered through various ‘beauty’ apps in order to receive ‘perfect’ images,” Salvador says. “This seems to be a deliberate tactic by companies in order to increase profits by capitalizing on people’s insecurity around their appearance.”

Another user’s theory for the dramatic shifts in appearance focuses more on the AI — which pulls from images across the internet — than the app itself. Madelyn Roman says many of the clothed selfies she submitted were returned as naked in the portraits. She hypothesizes the plethora of nude images might stem from women often appearing larger breasted or naked in artwork, whereas that might not be as common in depictions of men. 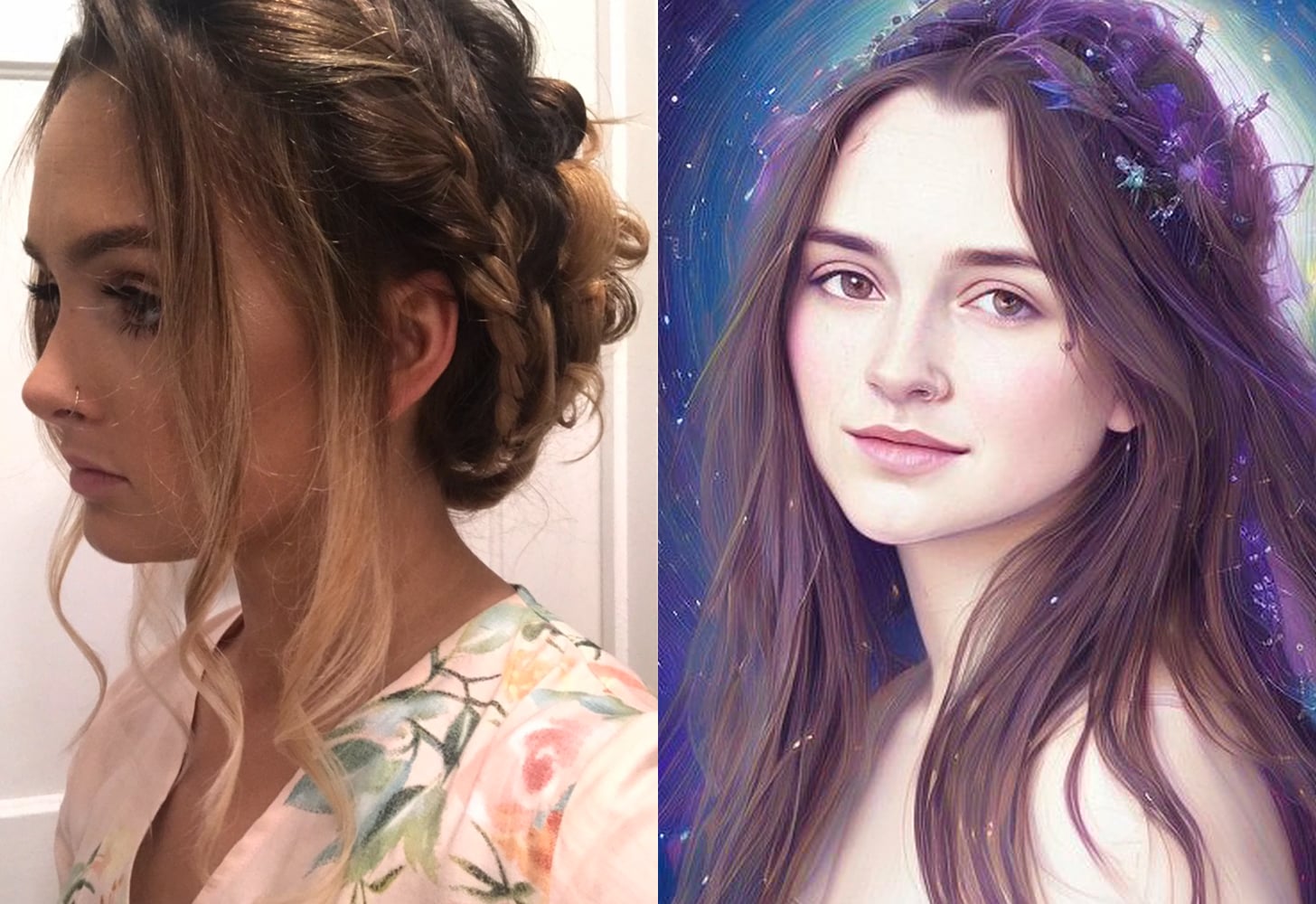 In 1989, the feminist group Guerrilla Girls created a piece of work called “Do Women Have to Be Naked to Get Into the Met. Museum?” It protested that 85 percent of nudity in the museum’s modern-art section featured women, but only five percent of the artists were women. A 2018 report found only 13 percent of artists across 18 major US art museums are women. (Separately, Lensa is embroiled in a controversy with artists claiming the app is using their work without permission or compensation.)

How to Cope With an Altered Self-Image

While Lensa’s AI portraits are visibly edited, social media is filled with subtly retouched and filtered images. The latter is overwhelmingly common: a 2021 report from the University of London found 90 percent of young women edit or filter their photos and the same percent feel pressure to appear attractive online.

These online habits and attitudes have real-life implications, particularly around plastic surgery. According to a 2021 survey from the American Academy of Cosmetic Surgery, the use of face-enhancing and face-altering software on social media is linked to an increased desire to get plastic surgery. Plastic surgeons across the United States have reported patients bringing edited photos of themselves to appointments.

Any public post can lead to comparison, especially when you don’t know a person in real life and can’t distinguish between what’s been slapped with a filter and what’s real. This is similar to when a person views edited photos of celebrities but can still feel unhappy about their contrasting appearance, says Dr. Gail Saltz, a clinical associate professor of psychiatry at the New York Presbyterian Hospital and host of the “How Can I Help?” podcast. Avoid making AI portraits of yourself if these edited photos cause you to doubt or dislike any part of your actual appearance, she adds.

Spending time with real people and away from your screens can also help combat this, explains Julia Jarrold, LCSW, a therapist and clinical content manager at Real. “The more exposed you are to what a real person’s body looks like or how skin can have texture, whether that be from having pores, rosacea, freckles, pimples, body hair, or cellulite, I think the more you understand that comparing yourself to a computer-simulated version makes less sense,” she says.

Jarrold also recommends thinking about what features are uniquely you that AI portraits or filters erase. Do your moles match your family members’? Do you find your baby hairs adorable? Do your stretch marks stem from a child you birthed? This practice can help challenge the dangerous assumption that the AI portrait version is better than how you look in real life, experts say. Finding ways to appreciate the parts of us that make us unique, and also make us not AI — the aspects of us that are rooted in reality and vulnerability — can help us to feel more intentional in our relationship with self-esteem, Jarrold says. 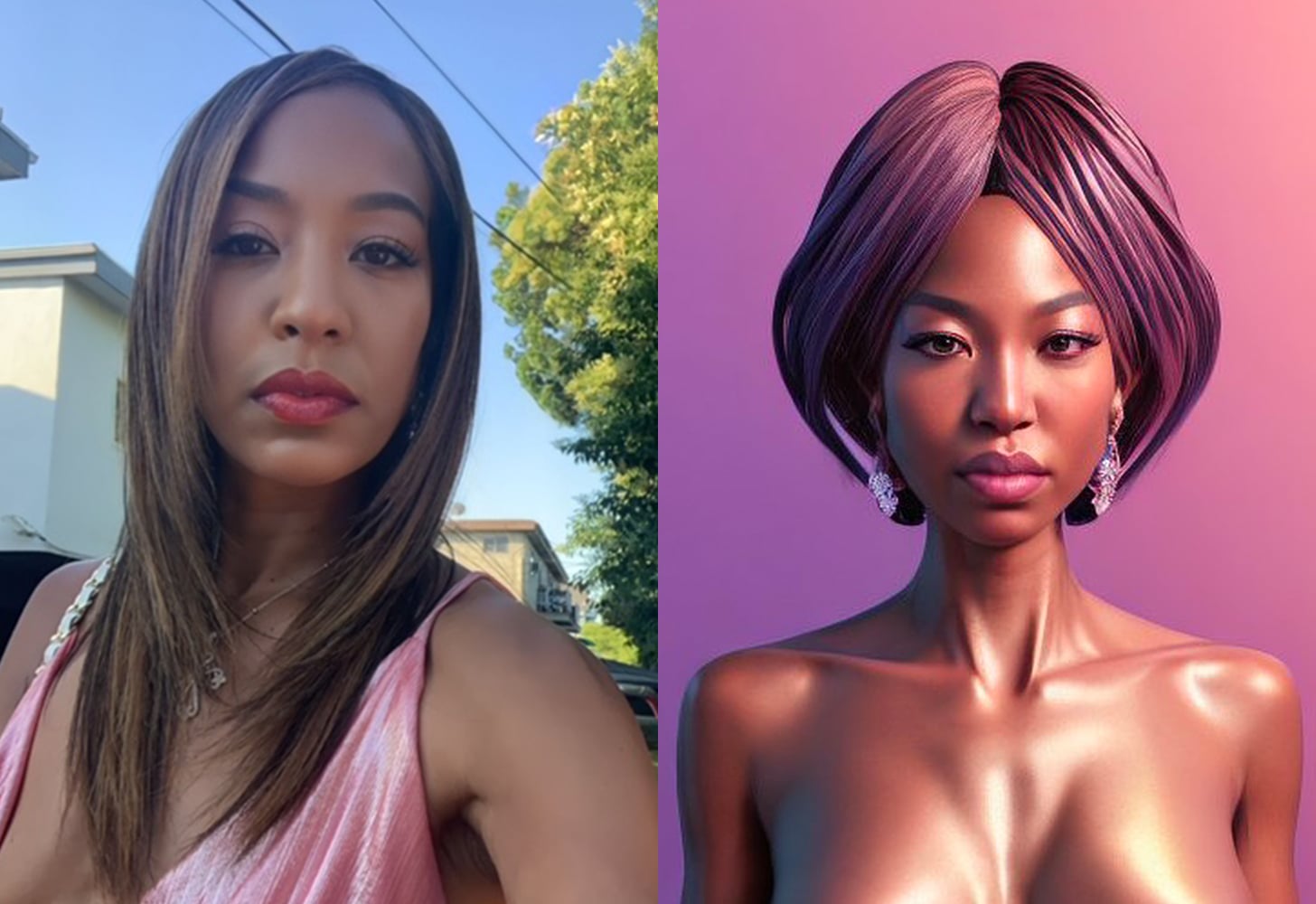 Undeniably, the AI portraits have sparked an important conversation about body image and self-confidence. But for some, seeing their “magic avatars” has been a positive experience. Overall, the modifications didn’t bother Roman, and she emphasized that some women have even felt empowered by their avatars. Another user, Sari Baez, echoed this, explaining that some portraits looked more like her than others, but overall, it was “just for fun.”

For some, a sense of indifference or empowerment. For others, doubt and comparison. There is no clear-cut reaction to these portraits — another reminder of each person’s individuality, inside as well as outside.